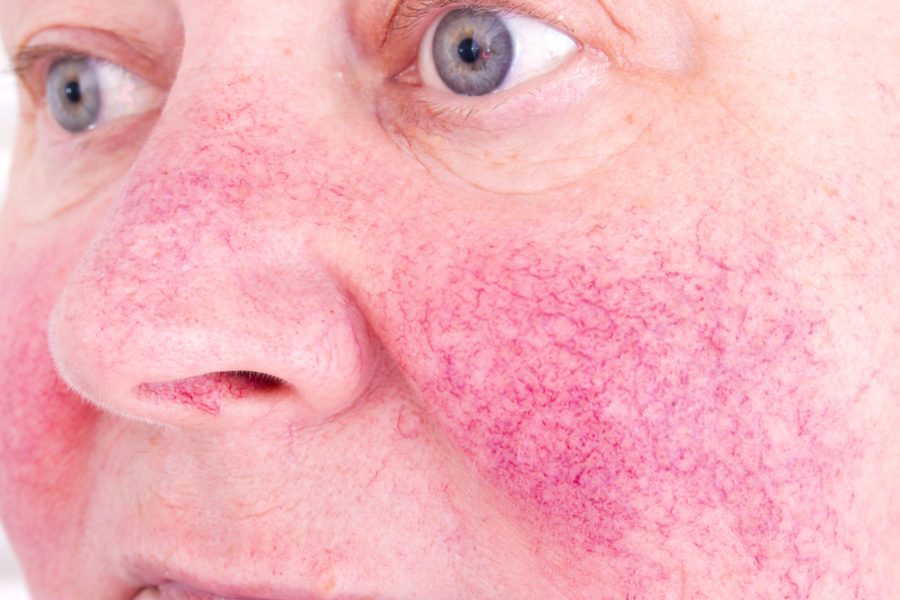 Rosacea is a chronic skin condition that is frequently misdiagnosed and mistaken for more common skin problems like acne and eczema.

Dr Ram was recently featured in the Chinese daily Lianhe Wanbao in an article that hopefully helps people suffering from this condition to seek the right treatment.

The english transcript for the feature is available below. 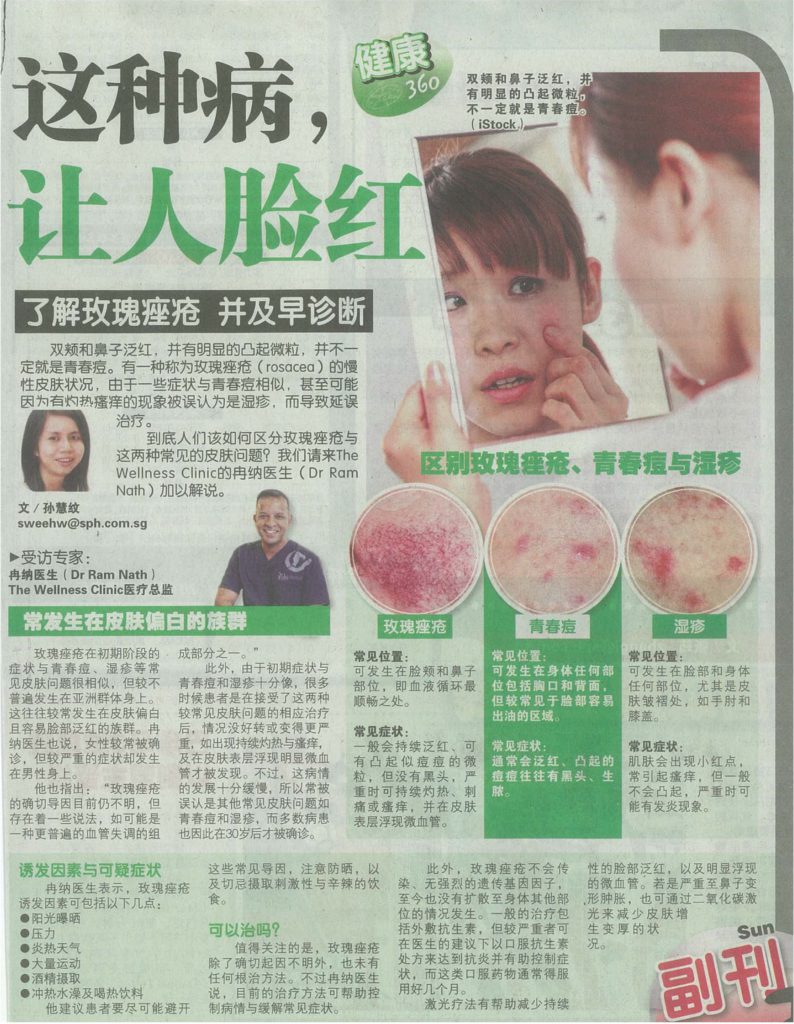 This Condition Causes You to Blush

Understand Rosacea and Get the Condition Diagnosed Early

Red cheeks and a red nose and some red bumps may not necessarily be symptoms of Acne. It could be a chronic skin condition called Rosacea, which is similar to Acne, and may even be mistaken for Eczema because of the itching, which can lead to incorrect treatment.
‘

In the end how do people distinguish between Rosacea and these two common skin problems? We invited Dr Ram Nath of The Wellness Clinic to explain it.

In the early stages, the symptoms of Rosacea are very similar to that of Acne and Eczema. However, Rosacea is generally more common in Caucasians who tend to blush more easily. Dr Ram said that the disease is more frequently diagnosed in women, but more severe symptoms tend to be seen in men.

He also pointed out: “The exact cause of Rosacea is still unknown, but there are different theories regarding the cause. One theory is that Rosacea might be a component of a more generalized disorder of the blood vessels.”

Quite often, the diagnosis of Rosacea is only made when the skin condition fails to improve (or even worsens) after treatment with medications for Eczema or Acne, or when more severe symptoms such as severe and persistent burning and itching, and visible blood vessels under the skin occur. Rosacea is a condition that progresses slowly over a long period of time, and hence it is often mistaken for Eczema or Acne in the early stages. Patients are most often in their 30s before they are diagnosed with the condition. Differences Between Rosacea, Acne and Eczema:

Can it be cured?

Although the cause of Rosacea is unknown, medical therapy is available to control or reverse its signs and symptoms. There is no strong hereditary or genetic predisposition.

Topical antibiotics, and in more severe cases, a course of oral antibiotics may be prescribed to control symptoms. These oral antibiotics may exert an anti-inflammatory effect and are usually taken for several months.  Lasers can be useful in reducing persistent redness and treating the prominent blood vessels of Rosacea. For patients with an enlarged swollen nose (rhinophyma), the Carbon Dioxide Laser can be used to reduce the thickness of the skin.

Find out more or adjust your settings.

This website uses cookies so that we can provide you with the best user experience possible. Cookie information is stored in your browser and performs functions such as recognising you when you return to our website and helping our team to understand which sections of the website you find most interesting and useful.

Strictly Necessary Cookie should be enabled at all times so that we can save your preferences for cookie settings.